Go to your local club and you’ll see the recent shot craze, the bomb shot. This is the hottest craze of cocktail alcoholic mixed drinks since prohibition. This new cocktail drink trend offers a variety of enticing options for shot lovers. Try out these new and old recipes to find your favorite. Although Red Bull is the most mentioned energy drink in recipes, any energy drink will work.

Warning, these drinks are powerful and drinking and driving after a few of these can be dangerous. Best to be sampled when you’re not driving.

Bombs. The energy drink, shot of liquor combination that will keep you up all night and never let you down. Which one is your favorite? The Irish Car Bomb? The Jager Bomb? The Obama? No matter what you like, there’s bound to be a shot out there for you. The concept of the bomb shot is a no brainer. Take a shot of liquor, and drop it into a cup filled about half 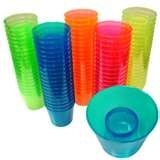 way with a “wash.” Shots can be taken either “clean,” dropping the shot into a cup, or “dirty,” pouring the shot directly into the wash.

New glassware has been invented to make the shots easier for bartenders to make and more fun for you to drink. Plastic bomb cups, or bombers, are as cheap as other plastic cups, and now there are companies that sell a plastic bomb shot glass that separates the two main ingredients by pouring one on top of the other. This type of glassware is easier to use but more expensive to purchase.

The grand daddy of bomb shots is the Jager Bomb. It gets its name from the German liquor Jagermeister which is made from 56 different ingredients. Many describe as tasting like cough medicine. You decide.

The recipe is simple. A shot of Jagermeister dropped in half a glass of Red Bull, this shot is famous worldwide.

Pour Red Bull into a glass. Drop shot of Jagermeister into glass.

Named for the president of the United States. Smother and better tasting than the Jagermeister.

A hearty bomb that is guaranteed to give you that good feeling. Especially popular on St. Paddy’s Day or at Irish funerals.

Fruit flavored bombs come in a wide variety of flavors. Pick your favorite fruit flavor and there’s probably a liquor flavor. Cherry seems to be the most popular, but any flavored liquor will work.

Pour Red Bull into a glass. Drop shot of cherry vodka into glass.