The Chain that Binds

The title was originally a reference to an old Platonic philosophy about chained prisoners in a cave that can only judge the world around them by shadows they see on the wall–and bartending can certainly seem surreal sometimes, but that isn’t what was meant.

My intent was to reference a very popular video game called FALLOUT: New Vegas. One of the factions (the Paladins) uses that expression to describe how any junior officer must obey a superior officer’s orders.

So, that’s what we’re going to talk about today–who are the leaders, who are the followers, and why we need these demarcations.

The Boss is the Boss

That’s right, the one that owns the joint get to make all the decisions, particularly the ones that relate to keeping the business IN business. It’s his or her prerogative to decide any and all issues, especially those arising between employees. S/he is paying the salaries; s/he is paying the wages; s/he pays for the insurance, licenses, inspections, food, liquor, and the bowl of “free” mints by the cash register. 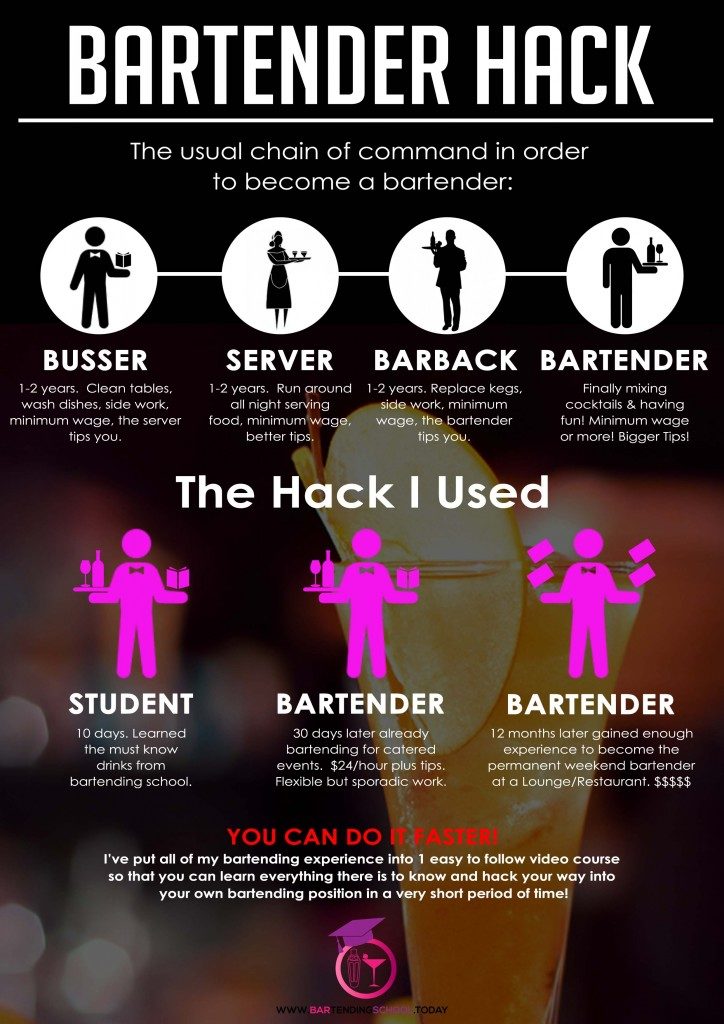 By dint of all the cash outlay and risk on their part owners get final say in anything they care to comment upon. If they decide that the only two things that will be served are pretzels and beer, that is their privilege (except in North Dakota which prohibits serving beer and pretzels simultaneously in any bar or restaurant).

The practical reality is different however. Depending on the size of the establishment the owner might not even attend on a regular basis. In that case s/he’ll have a general manager to run the show. Except when the boss is there, the general manager’s word is law.

This is the person who’s going to make most of the day to day decisions. S/he’ll likely work out the shifts for the employees and designate tasks for employees to accomplish. It would be up to the GM to book the live acts (if any); to order supplies for the kitchen, as well as beer and liquor for the bar, and coordinate the deliveries. They’re generally responsible for the sensitive job of hiring and firing.

In smaller establishments they might not even have an assistant manager. In that case the responsibility might devolve to the…

That’s right! If the owner or a manager isn’t present, it might be up to you as bartender to make decisions that could affect the whole business. It’s probably not going to happen very often, but it is possible.

Mostly your responsibilities will revolve around your regular duties such as tending bar, preparing your garnishes, and keeping your customers happy. It is also your responsibility to keep track of your inventory so the manager will know when it’s time to reorder. If your garnishes form part of the regular kitchen order, it’s up to you to make sure the items you need are on the list. If you’re particularly good at your job and stay apprised of what happening around town, you can even make suggestions about liquor purchases to make new drinks which are becoming popular.

The bar-back will never be in charge unless you’re lying unconscious on the floor. And if you think that might happen make sure you’re on friendly terms with the bar-back!

These fine folks are the next one’s down. They put up with a lot of nonsense, so be nice to them.

These people have to clean up everybody else’s mess. And the tips are nonexistent.

Somebody has to be on the bottom rung of the ladder, and here they are. They read seating charts, take people to their seats, and recite the daily specials.

If you want to get into the business you’ll often start as a busser, working your way up to server. If you want the bartending gig, and express an interest, you may start off as bar-back, particularly if you have some training. That means you keep the beer full, prepare the garnishes, replace empty bottles of liquor for the bartender, and sometimes make drinks for the servers in the restaurants section, if it’s distinct from the bar area.

Is it possible to skip the busser, server and bar-back and go straight into bartending?  Yes!  I was able to do it and so can you!