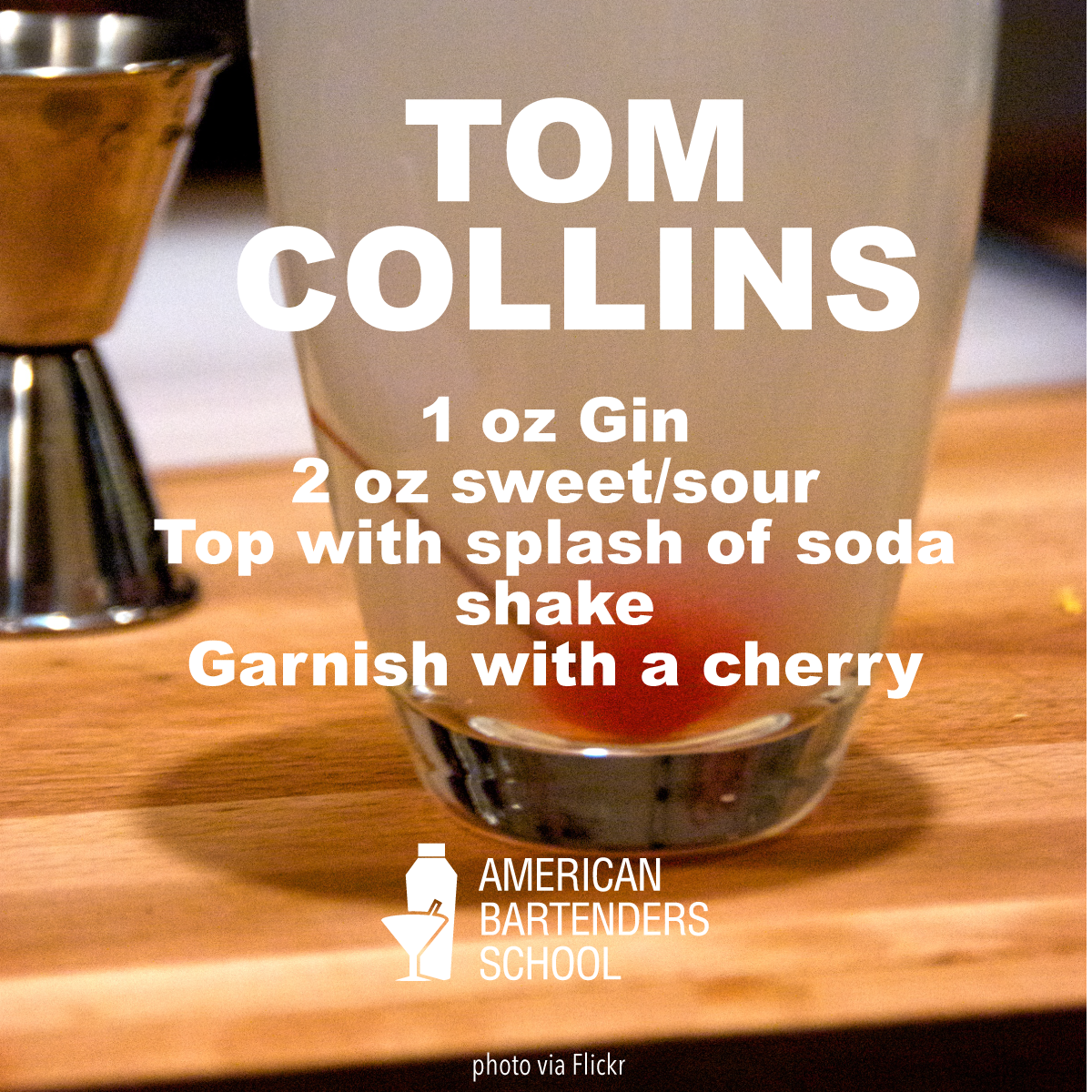 The Tom Collins is one of those drinks that every person should know how to make. It’s not as ubiquitous as a martini or margarita, but is just as old, and if not older! The Tom Collins recipe was first published in 1876 by a man named Jerry Thomas who was a bartender in New York City. The origins of the drink however date before the publication based on a very odd and elaborate game people used to play with each other, and was known as the Tom Collins Hoax of 1874. This seems like an early type of viral sensation, but of course existed way before the internet, or even telephones. Basically, it would go like this:

MAN 1: Have you seen Tom Collins?

MAN 2: Who the heck is Tom Collins?

MAN 1: I don’t know much about him, but he’s been spreading some horrible rumors about you!

They would run off to the bar, where MAN 2 would go to the bartender and demand to know where Tom Collins was. The bartender (already in on the joke), would point out some random person and then a big argument would ensue until the whole bar realized what was going on and would erupt in laughter. Then, everyone bought each other drinks. It was definitely an odd time for humor…but definitely makes the name make sense.

The recipe for the Tom Collins is as follows:

The classic recipe was made with Old Tom Gin, which is a sweeter type of Gin. This recipe is also close to a Gin Fizz, but the Gin Fizz is supposed to be a little sweeter. The Tom Collins is also served in a high ball glass. Art of Drink gets into the small distinctions between the two in this great post.